For the final blog post I do on Game of Thrones for a while I have a few group photos of the war bands facing one another. To see the rest of the pictures with my comments go to the dedicated Game of Thrones page accessible from the top bar that contains all the links to posts with the models. Enjoy!

Email ThisBlogThis!Share to TwitterShare to FacebookShare to Pinterest
Labels: books, Game of Thrones

As you may have seen in a recent post I had some serious Glottkin woes at being unable to get hold of the most recent End Times book. However, after some digging and the help of Rob (one of our readers), I have managed to acquire a copy for what is a hard to justify but relatively reasonable price. I have seen copies of this book for around £200 pounds (just over $300 I think) on eBay but I did manage to get one at a slightly more reasonable price. It was still expensive enough that my meals will be interesting this month, very interesting indeed...

If you haven't read my review of the previous book you can read it here: Nagash - A Review

The second End Times book is a noticeably slimmer tome than its predecessor and new was £10 less expensive, the presentation though remains of the same high quality. The first book is around 130 pages and the second 65, significantly less than the 300 and 100 of Nagash respectively. 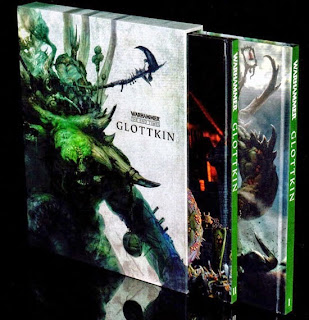 I will review this book in much the same way as I did Nagash, starting with the fluff book before moving onto the rules and finishing with some random musings. 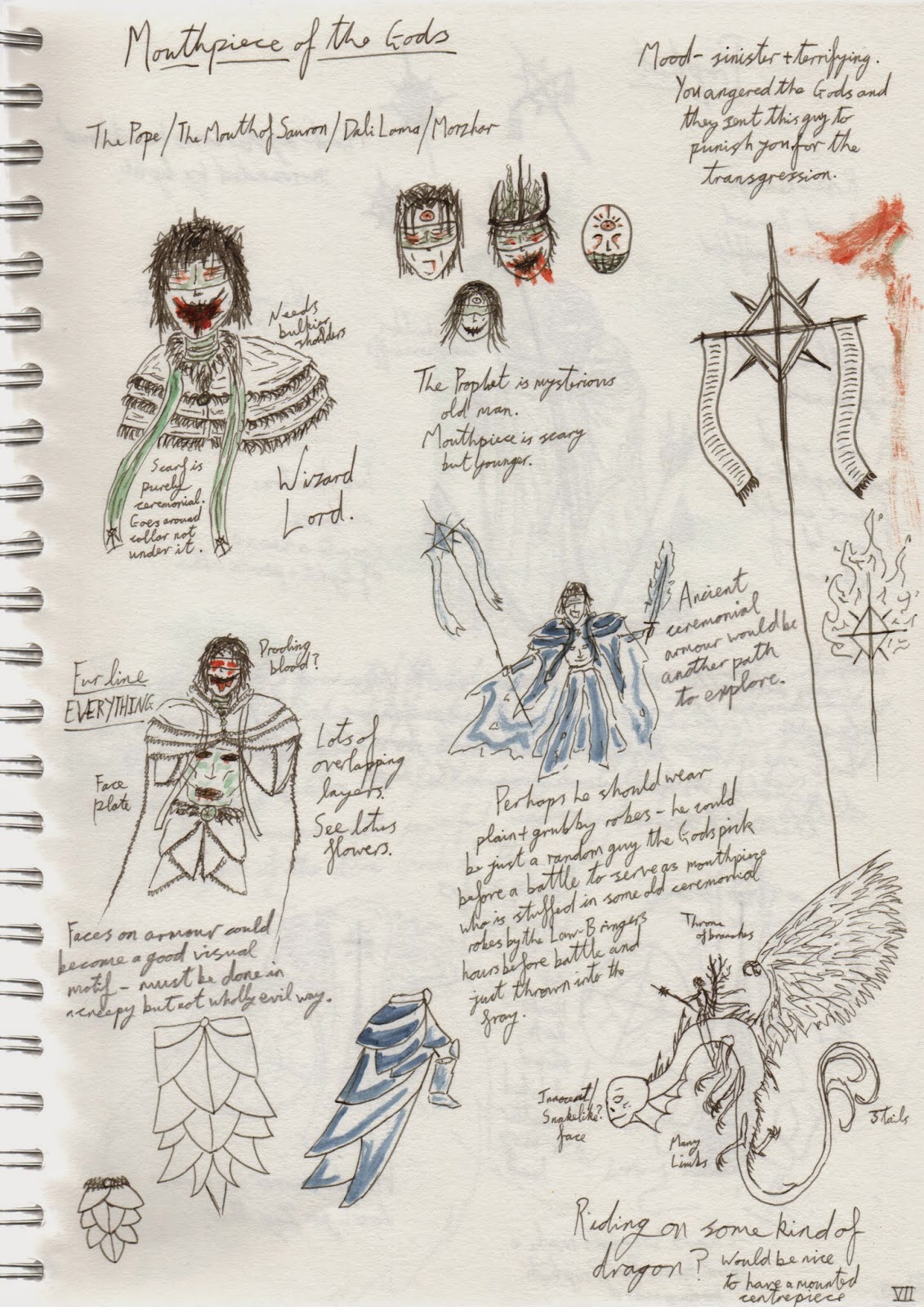 Read more »
Posted by Doombringer at 14:09 No comments:

The Ecclesiarchy
Until I have the funds necessary to buy the models I require for my Inquisitorial Stormtroopers I will be focusing on my Ecclesiarchal half of my Witch hunters. Here I have assembled my current collection and assessed how each unit will be used according to the current army-plan as laid out above. This post is meant as only a rough outline of my thoughts so expect it to jump around a bit in places.

Ruthless and ambitious, the scions of House Lancarion command the Blood Legion from their Black Ark: the Palace of Loathing. A noble family from Chrace, they were forced from their homelands during the sundering for siding with Malekith. Becoming mercenary generals they eventually became the greatest of the noble houses serving Dreadlord Doombringer as front-line generals of his armies.

You can learn more about House Lancarion and see pictures of their forces in these blog posts which I recommend you read before continuing with this one: Part 1, Part II and Part III.

The second part of my Dragonstone force is a small group of Lysene pirates hired by Ser Davos to pad out Stannis's army and led by an old friend of the onion knight: Salladhar Saan himself. Apologies for only a short post today but I will make up for it next week. 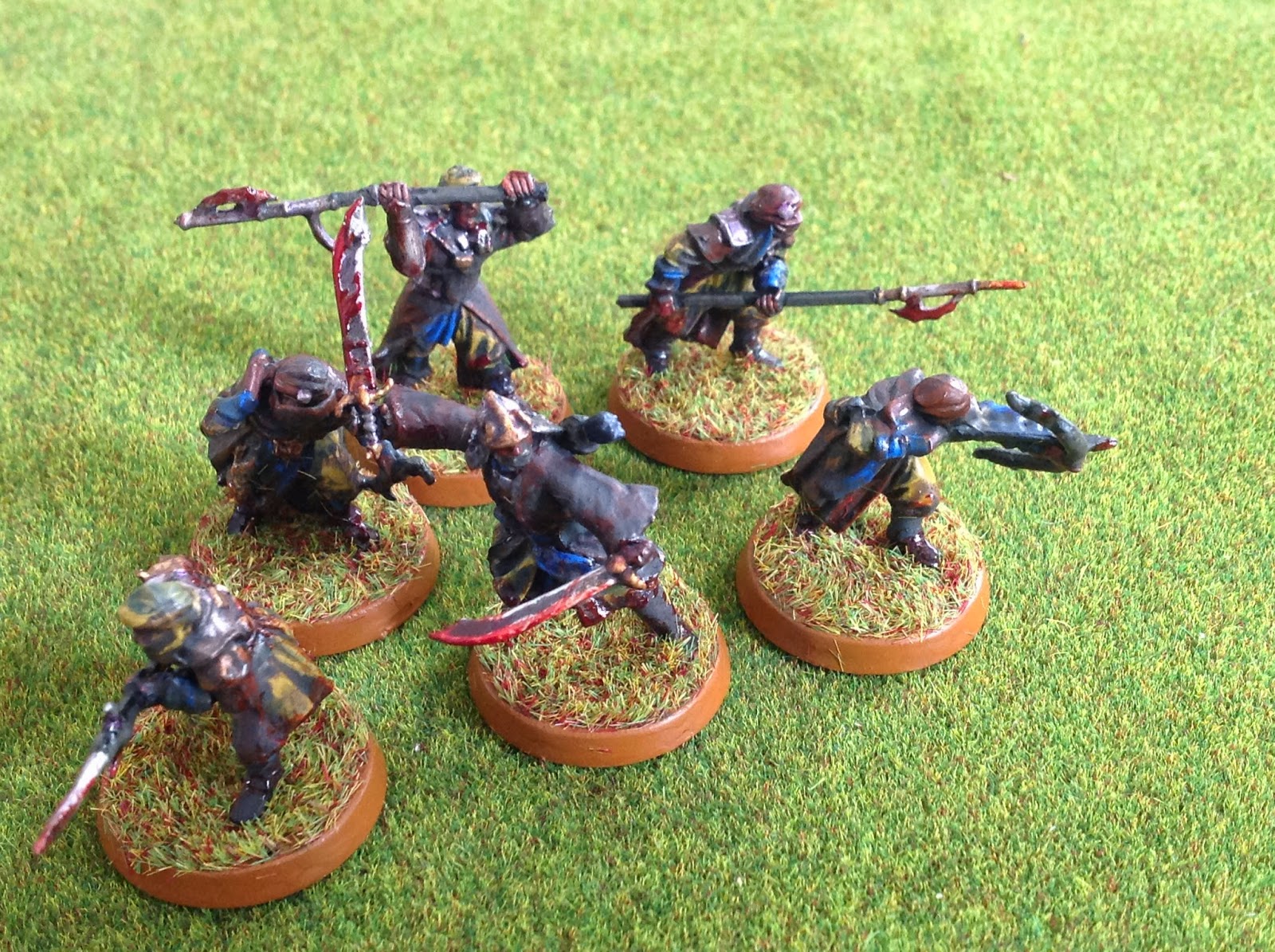 Read more »
Posted by Doombringer at 20:40 No comments:

My Glottkin woes and hobby life as a student.

For a while now the blog has been largely running on pre-prepared posts I have scheduled in advance due to the fact that I am now at university and do not have time during the week to do much hobby stuff. This will therefore be a slightly unusual post for me as it will largely just be ranting and random thoughts: a bit of a vague general update on my hobby life more than anything else.

First I will rant a bit about Glottkin. Getting hold of this book has been an absolute nightmare and ultimately I have failed to procure myself a copy. As you may have seen a few months ago I bought the Nagash book and wrote a review of it; praising the design team for such an excellent product. I have no doubt that Glottkin is just as impressive but has been much harder to get a hold of.

I managed to miss the book when it went up for Pre-Orders on the webstore due to being a student and actually having a Friday night social life. I was then unable to reserve any copies from any of the local suppliers and on the day of release the woefully few copies my local GW had were sold out in literal seconds. I even called in a range of favours people owed me, ringing friends across the UK and telling them to run to their local warhammer shop to buy me a book. None of them; from York to Oxford, Chesterfield to Aberystwyth, were able to get a copy for me.

All Hail the One True King of Westeros!

With all these pretenders to the throne fighting in the Riverlands I have finally turned my attention to the rightful King: Stannis of the House Baratheon, King of the Andals, the First Men and the Rhoynar, Lord of the Seven Kingdoms and Protector of the Realm. Protecting his right to the throne are two war bands I have created; the first being loyal men of Dragonstone led by the Hand of the King Ser Davos Seaworth and the second being some Lysene Pirates led by Salladhar Saan. Thus far I am yet to find a satisfactory model to use for Stannis the Mannis himself but I promise he will follow eventually. 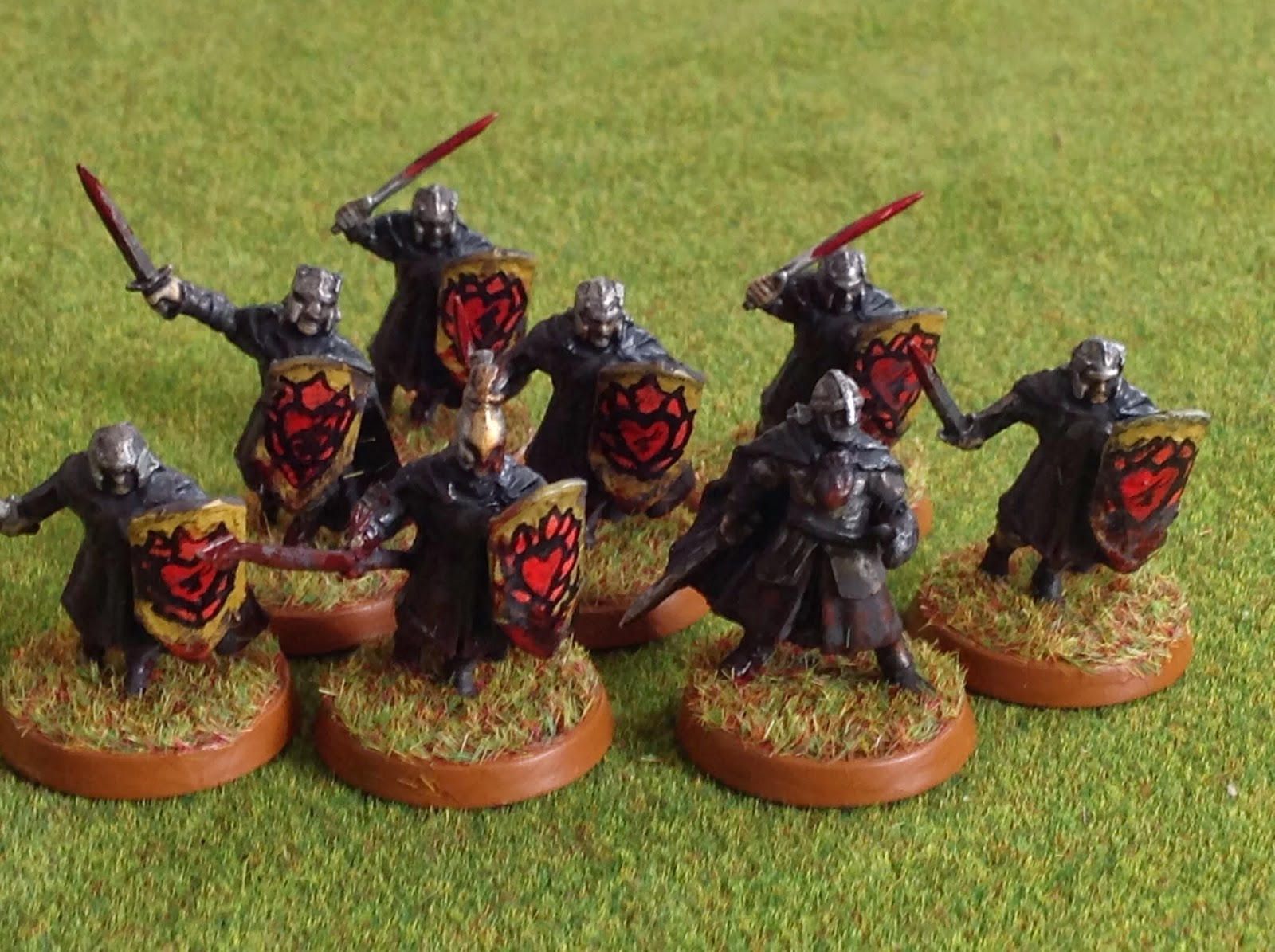 Read more »
Posted by Doombringer at 20:25 No comments: